Skip to content
With the recent appointment of Supreme Court justice, Judge Kavanaugh, people have been asking how a potential reshaping of abortion rights could impact surrogacy laws. The topic of surrogacy specifically has been raised to the level of the United States Supreme Court, however, as of late, the Court has declined to hear cases involving surrogacy, including a disputed surrogacy matter in the Melissa Cook case. In the Cook matter, a surrogate attempted to retain parental rights to the triplets she was carrying in an attempt to claim California's surrogacy laws as unconstitutional. Florida's surrogacy laws have language which enforce the concept that the surrogate has the sole source of consent with respect to the clinic intervention of the pregnancy. In short, it means that the surrogate has the right to make decisions that relate to her body. This bodily autonomy provision comes into play regarding the foods the surrogates eats, the medical treatment she agrees to undergo, and whether or not she would agree to have an abortion of the fetus she is carrying for the intended parents. Keeping in mind that the surrogate has these rights that relate to her body, a surrogate enters into a contract with the intended parents agreeing to follow doctor recommended protocol, testing, precautions, procedures and the like as it relates to the surrogacy journey. Additionally, intended parents and surrogates are matched together based on whether they are on the same page on issues such as termination of the pregnancy or selective reduction which intent is codified in the parties surrogacy contract. According to Ft. Lauderdale surrogacy attorney and co-author, Marla Neufeld, Esq. of the American Bar Association’s recent book, The ABA Guide to Assisted Reproduction, Techniques, Legal Issues and Pathways to Success:

Abortion of the Surrogate’s Pregnancy and Selective Reduction

While the Constitution places limits on the intended parents’ ability to force a surrogate to terminate or not terminate a pregnancy, a surrogacy contract will set out the parties’ wishes as to how to handle the situation of a birth defect discovered during the pregnancy. This contract language provides the intended parents with a contract remedy of monetary damages against the surrogate if she does not respect the wishes of the intended parents. The surrogate has the right to abort or terminate the pregnancy if she wants to. She has the right to not abort, terminate, or selectively reduce if she doesn’t want to, even if the intended parents and all the doctors in the world are telling her she should or must. This is one of the many leaps of faith that are taken when engaging a surrogate to carry your pregnancy, and this underscores the importance of having an experienced surrogacy professional engaged to do the vetting and matching with the surrogate....

Whether or not abortion rights will be modified based on a new Supreme Court justice will only unfold with time as cases relating to this topic come to the Supreme Court. However, because the surrogate will always have the sole source of consent as it relates to medical decisions for her body, it is imperative that intended parents and surrogates undergo the proper screening and matching process procedures to ensure that everyone is on the same page as it relates to some of these big topics such as abortion, selective reduction and whether the surrogate agrees to perform the reasonable procedures that may be involved with pregnancy such as an amniocentesis, C-section, induction of labor, etc. While an intended parent would have enforceable contract remedies in the event of a breach of something the surrogate commits to perform, at the end of the day, a surrogate cannot be forced to do or not do something as it relates to her body and intended parents must always assume parental rights to the child born to them via surrogacy (absent it being the surrogate's biological child or in the event of a clinic error as to the embryo transferred). Before embarking upon a surrogacy match, be sure to consult with a reproductive attorney in your applicable state to learn about the status of the laws regarding abortion and the interplay with surrogacy laws. 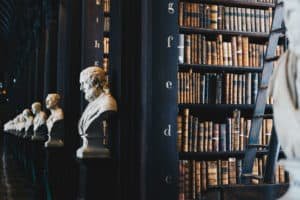